I used to really hate the word hope. Maybe it’s because I don’t like wishes, hopes and dreams. It feels vague when people say I hope you feel better soon or I hope you have a nice day. I’d rather make it a nice day than hope for it. I know that people mean well when they say hope but I just can’t help thinking that in such a context, hope resides in a space of wanting rather than being. When we are in a place of wanting we are absent from all that we ‘hope’ to attain. Hoping for something has an element of uncertainty, indecisiveness and lack of clarity. I have always felt that the word hope is just something we loosely use to make ourselves or others feel better in times of stress, challenge and difficulty. I’m not saying that we shouldn’t hope. Hoping is fine as long as there is real expectation. But let’s face it, most of us hope for something and then secretly believe it won’t happen or we won’t ever receive it. I think we spend way too much time hoping for things instead of having hope and being hopeful. Also, we shouldn’t confuse hope with faith . . . . they are certainly two very different virtues.

Personally, I believe that we create and attract things into existence through intention and action, not hope. Here’s an example that might help clarify what I mean. When a friend or relative is sick, we visit them, we send them a card or buy them flowers and then we hope, wish and want them to feel better. Then, in our mind and because of our innate human condition to sympathise, we feel sorry for them. We hold them in a place of ‘illness’. We may hope them to become well again but our hope is wasted when our image of them is one of being unwell. Of course, one’s image of self will always override the image that others have but in truth and in a collective state of ‘hope’ the power of healing would be amplified through imagining our friend or relative in a state of health rather than illness.

After the Paris terror attacks in 2015 the Dahla Lama responded with some very practical advice. In an interview with the German Welle, he stated that “We cannot solve this problem only through prayers. I am a Buddhist and I believe in praying. But humans have created this problem, and now we are asking God to solve it. It is illogical. God would say, solve it yourself because you created it in the first place.” One must admit that it’s all good to pray and hope for peace but realistically when the world is ‘collectively’ being imagined as a place of terror and fear, no amount of prayer and hope can manifest peace into reality. Our efforts are better spent on creating images in our mind of the world we intend to create and then use those images to guide us into action.

Imagine if we learned to transform our mindset and human habits of sympathy to that of true empathy followed by an ability to see ourselves and others in a state of health and vitality. I know through my own experience when moving from a fixed place of illness or lack, to that of health and abundance, the transformation was profound when those closest to me also held a vision of health and abundance rather than illness and lack. This is why I am now very careful about what I share with others. Like anybody going through a difficult time, I don’t need a sympathetic friend holding me in a place of pity and then (intentionally or unintentionally) comparing themselves to my situation in order to find their own place of gratitude, or worse still – gossip. You may be reading this right now and say well I don’t do that, I am genuine and I really care about my friends. That’s great, but in order for me, you and all of us to become better we need to acknowledge that there are patterns and behaviours that we all just fall into sometimes without even thinking about it. How many times have you heard the words, “did you hear what happened to ….” I have, many times. I’m happy for someone to share their problems with me and I feel honoured when they do because it is a sign of trust and comfort, but I’m not comfortable talking about other people’s problems. Firstly because when we do that it’s just gossip and secondly by talking about the problem we are energetically attaching ourselves and them to the problem instead of working on a solution. At some stage, we all get lemons in life. Turning the lemons into lemonade is a great idea but in reality a difficult journey. The lemonade making process is messy and we may not want to share that mess with everyone, especially if we intend on getting ourselves out of it. And we do, when we surround ourselves with people who can empathise and help instead of sympathise and judge. An important distinction for one to be able to make.

Not long ago, something random yet profound took place that challenged my fixed idea about hope. It started as an ordinary day on my way to the market. However, things changed into one of those days when you’re almost certain that an invisible zen master is following you around to ensure that you meet a particular person in order to have a specific conversation that enables you to see something old in a new light.

First of all, none of this would have ever happened had it not been for the Italians. I know right, not what you were expecting straight after the zen master, but here’s the deal with the Italians. Had I not been in a town where it is possible to simply walk into an espresso bar, order, drink and pay for a coffee in 30 seconds without even sitting down, I would not have been drinking coffee at that very moment. I was on my way to the market and had no time for anything other than a shot of espresso. I quickly drank my espresso, called the waitress over so I could pay and then realised that the invisible zen master had used my love for Italian coffee to lure me into a conversation that I was destined to have.

You may need some background information before you hear what happened next. Personally, I was at one of my lowest points in life. I was actually in a state of despair. Triggered by a series of events that I won’t discuss publicly in order to respect the privacy of others, experiencing a sense of utter disappointment, anger and hopelessness. For months I had been waking up every morning, going through the rituals of wellbeing that I have lived by for many years, yet feeling the weight of the world on my shoulders. Totally concerned about the future, the future of our world, our people, our lives. Feeling as though all my years of selfless giving, sharing, caring about others and speaking up against those who take advantage of their positions of power, were all in vain. Regardless of the positive affirmations I was telling myself, I was really feeling that the world was a horrible place for caring and sensitive people like me. At that time, my reality was showing me that only the selfish survive and only the greedy thrive.

When the waitress started talking to me, it was as though she was expressing all of the feelings that I had been battling with for the past few months. Metaphysically speaking, I know that the world is a mirror in which we see ourselves. Who we are is presented to us in someone else and I just thought this was one of those moments that the universe was showing me that I was becoming an angry, helpless, grumpy old woman. This was my chance to see myself in someone else in order to let go and move on from the painful experience. But something felt different this time. It wasn’t just the mirror. It was more than that. As I listened to her tone of despair and hopelessness, I somehow managed to point out in my own mind that there was actually a significant difference between us. Twenty-five extra years of life experience that I had and she didn’t. In that moment and as much as I agreed with her, I had a duty of care to be a bridge of hope. I knew for sure through life experience that all feelings are temporary. I’m adult enough to know that nothing lasts forever and even though I was battling my daily dose of negativity I knew that once I had processed the events that had led to such despair, I would be okay again. Although I myself was in a place of nowhere at that very moment, I had to present an authentic version of somewhere. It seemed that I still had hope after all. Life had indeed taught me that the ‘wheel is always turning’ and no matter how dark the night, morning always comes. I learned the true value of hope as a bridge between nothing and something, nowhere to somewhere, nobody to somebody. I also discovered that the market closed at lunch time and after 3 espressos and nothing to eat I was able to home-deliever a pizza to my hungry family faster than our usual delivery guy on his vespa. 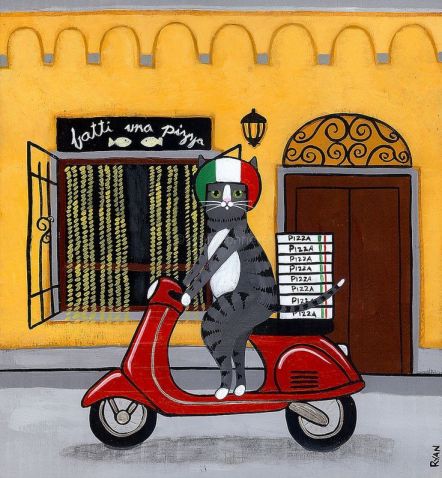 I noticed that you do a lot of hoping whenever you are unsure about something.

I’ll give you some examples.

I hope there’s parking at the shopping centre.

I hope you’ve done your homework.

I hope you don’t lose that new hat I just bought for you.

I hope you behave yourself at the party.

This could go on forever so I’ll stop right here. I hope you got the point.

Kids hope better than adults. What we hope, wish and dream of is realised through our ability to see it in our mind’s eye, our imagination.

This is one of the super powers we have as kids but unfortunately we lose it as we get older, as we become more like you. We begin to hope, yet fear and know that it won’t be as we hoped it to be.

When hope is centred around doubt then it’s destined to be empty.

It makes more sense when we learn to hope, wish and dream through intention and action, so that we don’t get locked into a cycle of wanting. Instead, DEVELOPING a habit of CREATING all that we hope for.

Sometimes hope is all we have to hold onto to.

Please show us that you actually believe in what you hope for. 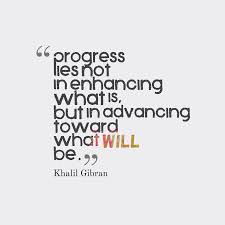